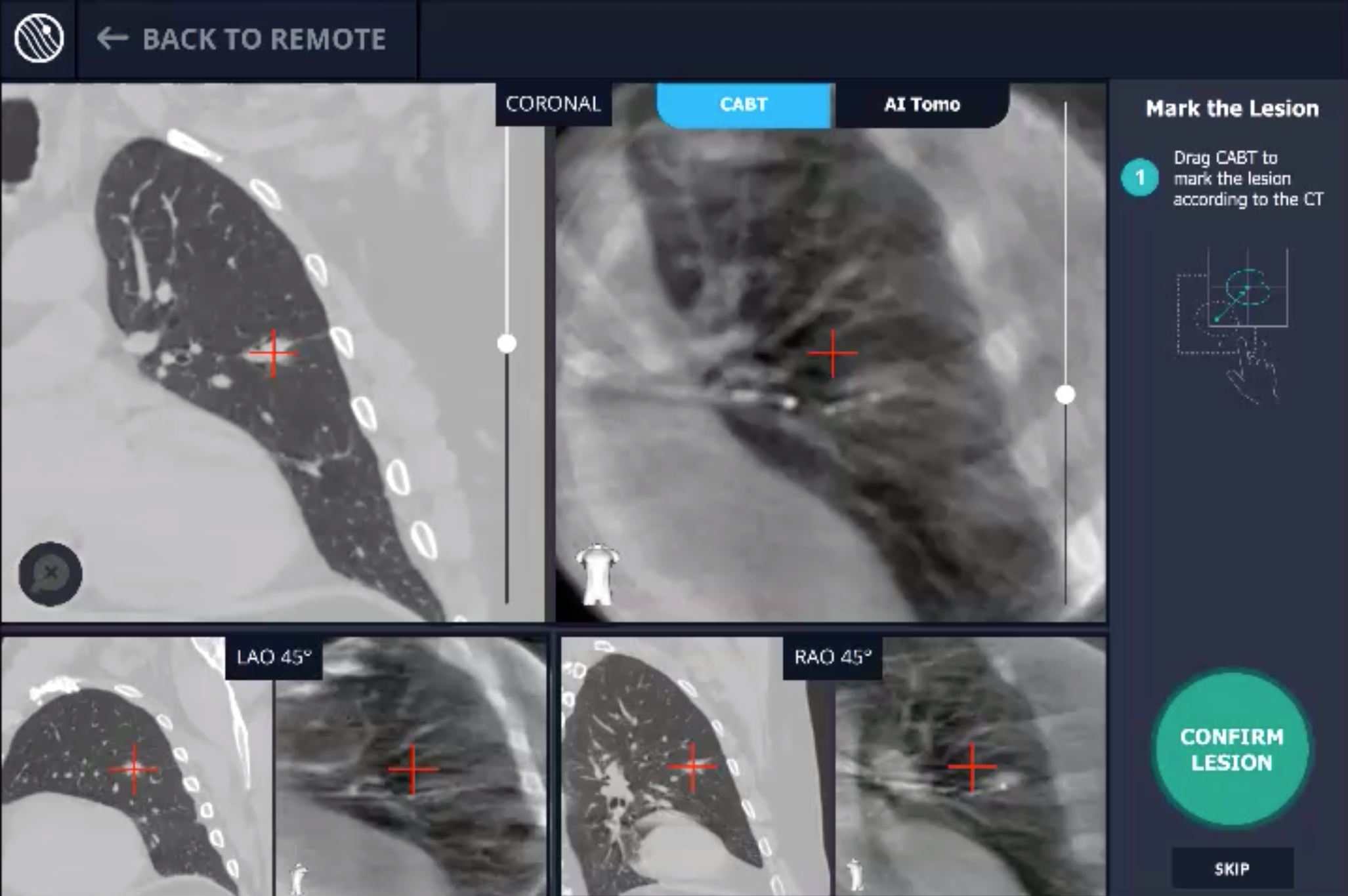 Visible on Fluoro: No

A 59-year-old male with no smoking history underwent a CT scan in January 2021 for evaluation of mid-back pain that revealed an incidental finding of a solitary pulmonary nodule in the left upper lobe (LUL). The patient had previously had a CT chest in August 2012 for the evaluation of dyspnea and chest pain which disclosed a 13mm non-calcified speculated pulmonary nodule at the left upper lobe. Subsequent PET/CT in September 2012 demonstrated no FDG uptake at the LUL nodule. The patient underwent bronchoscopy in December 2012 with endobronchial forceps biopsies that were inconclusive, showing benign respiratory epithelium and scant alveolar parenchyma. The patient had an additional CT chest in October 2013 that demonstrated stability in the size and character of the LUL nodule. There were no further surveillance images.

The patient was referred to Dr. George Cheng and underwent diagnostic bronchoscopy using LungVision’s advanced imaging navigation technology in March 2021. Dr. Cheng was able to navigate to the lesion in the left upper lobe, confirm the tool was in the lesion using CABTTM, obtain multiple biopsies, and arrive at a successful diagnosis of mucinous adenocarcinoma. The patient was staged as IA2 (T1b, N0, M0) and subsequently referred to Cardiothoracic Surgery where he underwent robotic left upper lobectomy and the diagnosis was confirmed as invasive mucinous adenocarcinoma (pT1bN0).

In this phase, the pre-operative CT was loaded, the lesion and lesion boundaries were marked and the LungVision™ System learned the anatomical structure of the lung and identified potential pathways to the lesion.

Using a conventional C-arm, a non-fluoro visible lesion became visible to the user, by producing a tomographic reconstruction of the lesion in 3D. This enabled the physician to understand the real-time, accurate location of the lesion and overcome any CT-to-body divergence.

Guided by advanced real-time imaging, the distal tip of the LungVision™ sheath, part of the disposable procedural kit, was navigated to the lesion.

Confirmation that the LungVision tool was inside the lesion occurred here with Body Vision's CABT™ technology.

Here, biopsy samples were successfully taken from within the lesion.

A peripheral 11mm lesion in the left upper lobe was evaluated via traditional bronchoscopy including endobronchial forceps biopsies. This approach led to inconclusive results. LungVisionTM System enabled true real-time visualization during navigation and tool-in-lesion confirmation, resulting in a definitive cancer diagnosis and treatment. 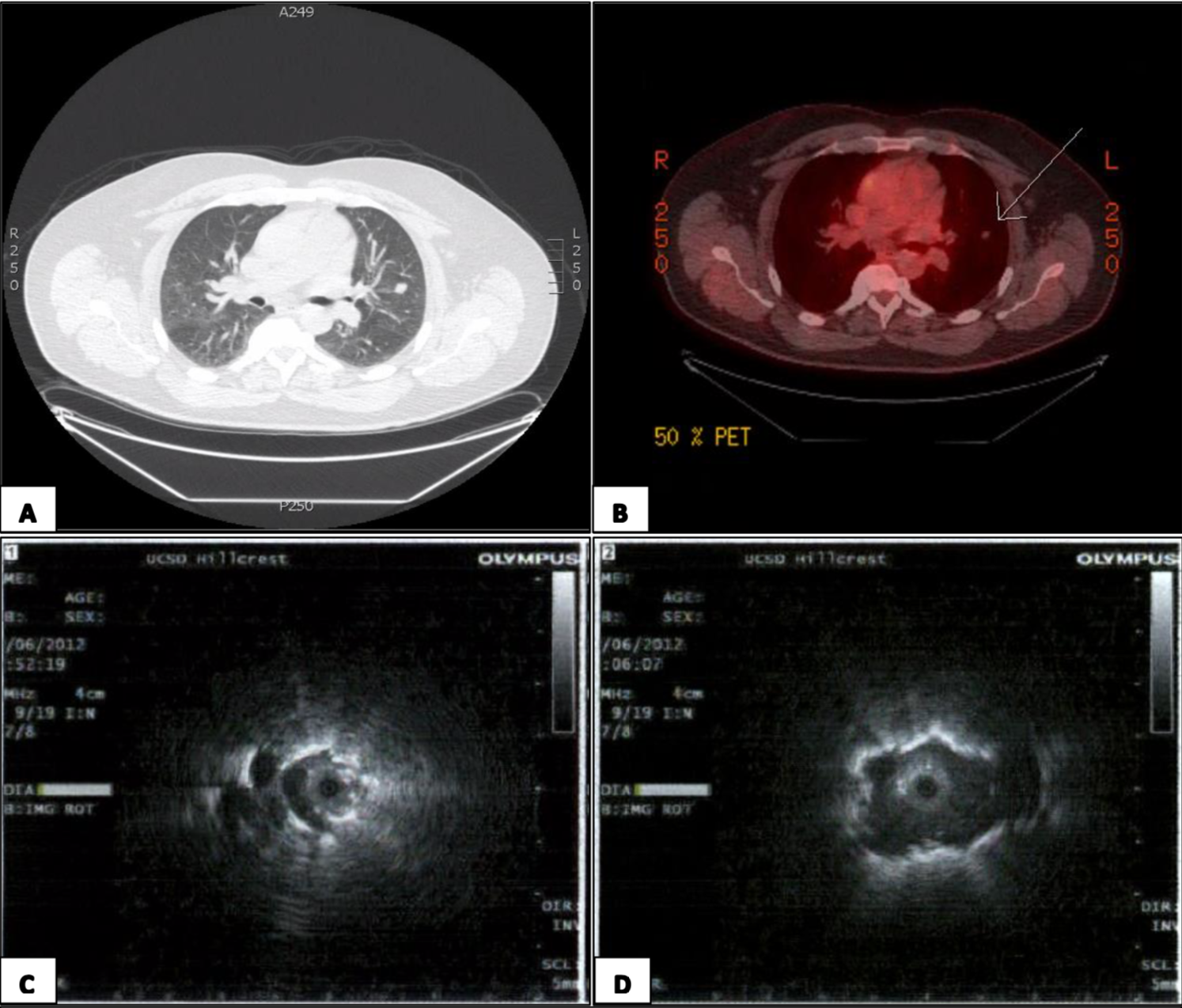 Figure 1. A) CT chest of the LUL nodule from August 2012. B) PET imaging from September 2012 with no FDG uptake at the LUL nodule. C, D) Intraoperative radial ultrasound images from bronchoscopy in December 2012. 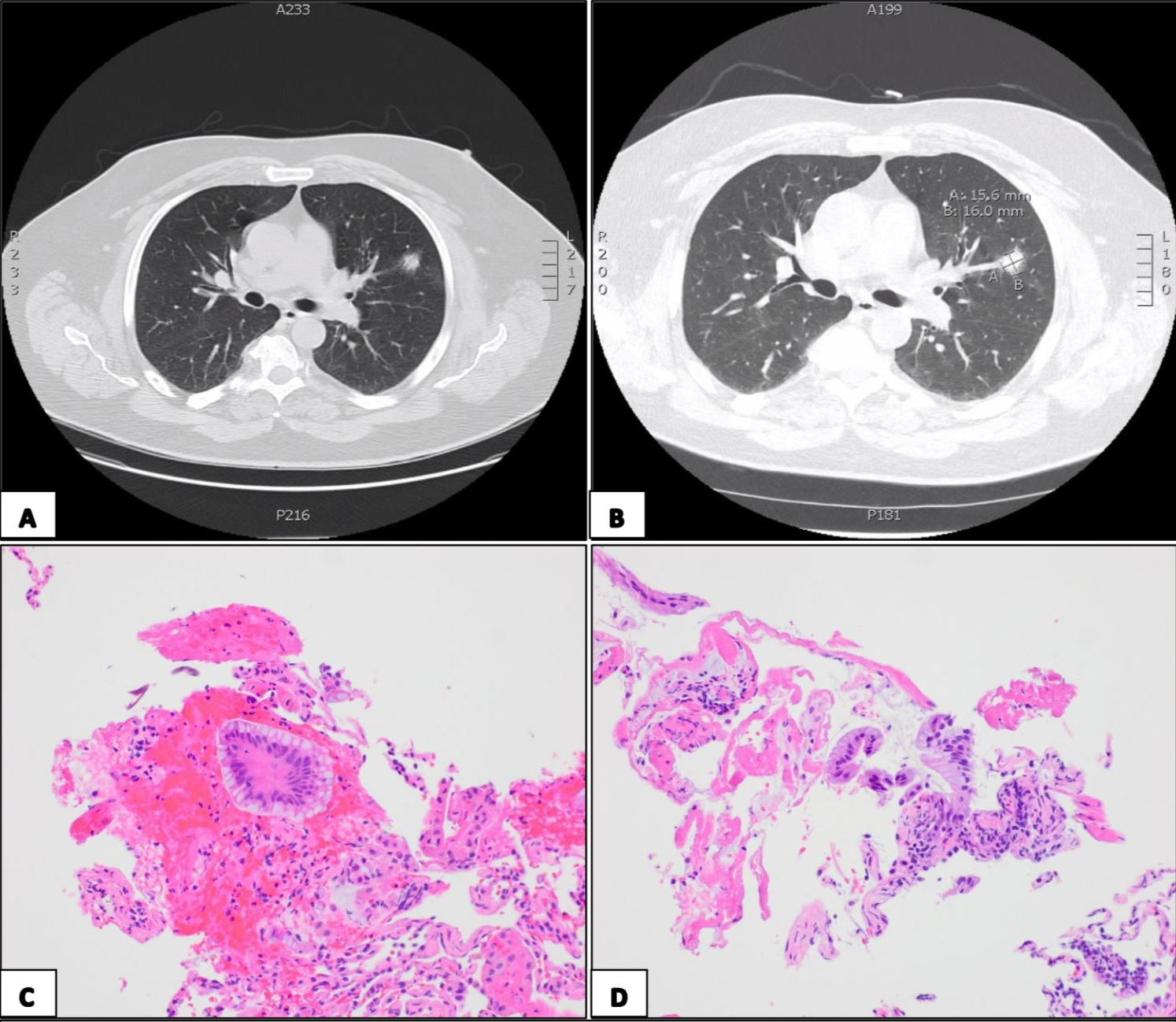 About Dr. Cheng and Dr. Tran